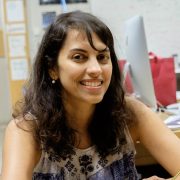 This 4-VA funding gave us the seed money which allowed us to do the exploring we needed at the outset of this project. What began as a lucky accident has morphed in to a statewide study which has received national and international attention and garnered additional research dollars—for that we are very grateful!

Dr. Shobita SatyapalProfessor of Physics and Astronomy at GMU

In 2011, Dr. Anca Constantin attended a UVA-NRAO colloquium where Dr. James Braatz was presenting the latest maser disk findings. Dr. Constantin inquired about details relevant to how those findings fit into the bigger picture of how galaxies and their central black holes co-exist and evolve. During discussions, they discovered significant potential for improving survey efficiencies. Dr. Constantin’s expertise in optical spectroscopy of galaxy centers and her experience with data mining of large catalogs offered the possibility of tailoring future maser surveys towards finding these elusive systems at significantly greater rates.

Their discussions continued and in May, 2013, Dr. Constantin was awarded a 4-VA mini-grant called The WISE* search for megamasers. The project, conducted in collaboration with Dr. Braatz, aimed to understand which nuclear galactic optical and mid-infrared properties correlate best with the 22 GHz megamaser emission in order to help define the best methods for finding a significant number of systems necessary for an accurate mapping of the universe.

The success of the mini-grant project led to a 4-VA scale-up grant awarded to Dr. Constantin in October, 2013, called The first panchromatic constraints of the role of water masers in galaxy evolution process. This research allowed the team to develop tools that are crucial to understanding the links between water megamaser emission and supermassive black hole (SMBH) accretion in galaxy centers. Initial investigations of the WISE signature of galaxies with water megamasers revealed promising avenues for two important outcomes:

The project left a lasting impression on Dr. Constantin’s student, Emil Christensen, who presented his work on this project at the 2013 and 2014 PANDA Symposia as well as at the 223rd American Astronomical Society (AAS) meeting. In 2014, he was awarded 1st place for his 2014 symposium presentation, he accepted a prestigious summer internship at the Space Telescope Science Institute, and he was featured in a JMU news story called Amazing megamasers: JMU researcher pursuing ‘holy grail of astronomy’.

Over the past several years, the team presented several papers with published abstracts at AAS meetings, the International Astronomical Union General Assembly (IAUGA), the JMU Research Experiences for Undergraduates (REU) Symposia, and the National Conference on Undergraduate Research. With an upcoming publication in The Astrophysical Journal, an established, well-known, peer-reviewed scientific journal of astrophysics, the team is pursuing additional external funding to continue their research.

Thanks to happenstance and the 4-VA grant to investigate the origins of SMBHs, Dr. Shobita Satyapal and her team discovered a noteworthy find—a distant colliding galaxy hosting a binary active galactic nucleus (AGN).

This significant revelation is important because although there are strong theoretical rationales as to why binary AGN should exist, finding them is extremely rare—as only a handful have currently been identified with separations of less than a few tens of light years apart. With Dr. Satyapal’s sighting, a supposition was developed that a significant population of binary AGNs may be hidden from optical wavelengths. A heavenly breakthrough.

It’s where you look and how you look

Thus began a concerted collaborative effort between Dr. Satyapal’s group at GMU—with their expertise in analysis of X-ray data, Dr. Anca Constantin at JMU—who established a program to study the reduction of data from the Large Binocular Telescope in Arizona, and Dr. Sabrina Stierwalt from UVA—an expert on Very Large Array (VLA) data.

Then, the search was on to find binary AGNs in a sample of 15 colliding galaxies for which the team secured highly competitive Chandra and XMM-Newton observations. Each participating university brought on both graduates and undergraduates to assist in data analysis and modeling.

What’s more, the study resulted in a NASA press release recognizing GMU and an accepted publication in the Astrophysical Journal, with another in the works.  Further, the collaboration encouraged an undergraduate student from JMU to move forward into GMU’s graduate program—helping build an even stronger bridge between the two institutions. 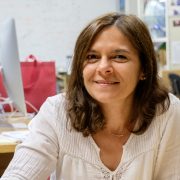 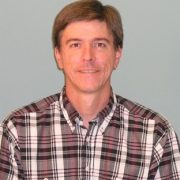 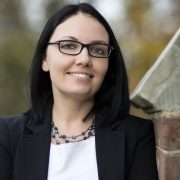 Benefits To The Commonwealth

Developed new tools crucial to astronomy research in this area

Because these cookies are strictly necessary to deliver the website, refuseing them will have impact how our site functions. You always can block or delete cookies by changing your browser settings and force blocking all cookies on this website. But this will always prompt you to accept/refuse cookies when revisiting our site.